A Chat with Harriet Nimmo

In conversation with Harriet Nimmo – a zoologist with more than 20 years experience working in conservation. Harriet has previously shared her knowledge with RoundTrip about responsible travel in articles such as heritage trails in the Cederberg, South Africa; and a fascinating piece on Zakouma National Park, the last intact central African savannah ecosystem. We caught up with Harriet to get her views on responsible tourism, including useful tips for travellers heading to Africa. 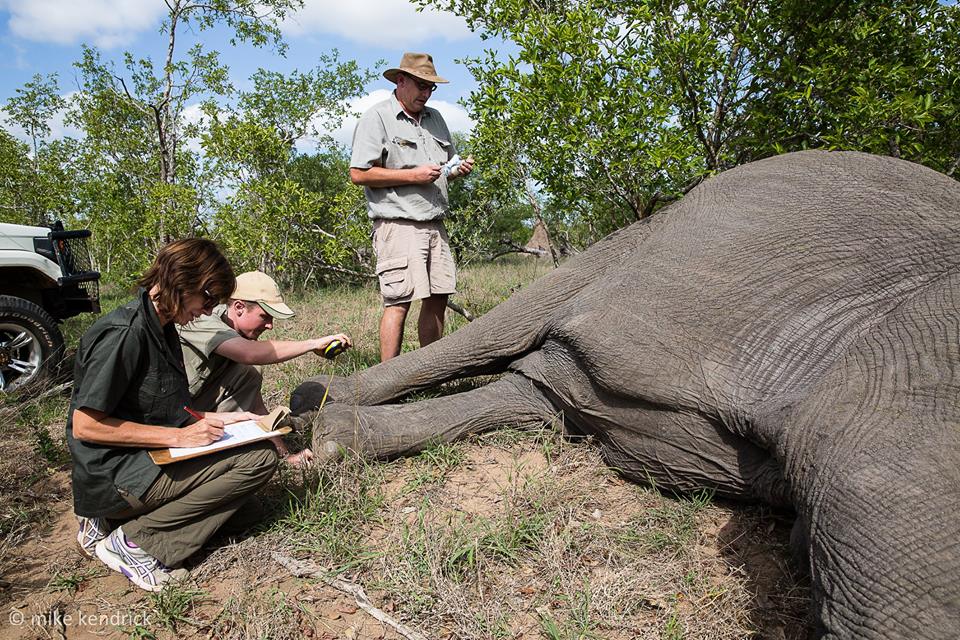 Please share your thoughts on what  responsible travel means to you?

Responsible travel to me means having a positive impact on the places we visit rather than a negative impact. Which of course is an easy and trite statement to make. Overall I would encourage as many people as possible to go on safari. The more paying visitors there are, the more local people are employed and the more incentive there is to protect Africa’s wild animals and wild places. It is tourism, for example, that is proving an incentive to ensure Rwanda’s mountain gorillas remain protected. Without wishing to sound crass – if it pays it stays.

Of course, deciding how to travel as responsibly as possible can be a complex issue…(see further on my response to this topic below).

Is responsible travel an important part of your travelling life?

If so, can you give me an example of how it influences your travels?

Where possible I try to use local operators and individual owner-run lodges, to ensure my money goes directly to local people in-country, rather than big multi-national operators.

I am keen to explore off-the-beaten track destinations – I hope my spending and subsequent promotion to other travellers can help foster and encourage sustainable tourism development.  A trip of a lifetime for me was visiting Zakouma National Park in Chad – now being run by the highly respected African Parks. I would encourage Africa-lovers to visit this wondrous, wild place so that your dollars help support its impressive responsible tourism ambitions.

I believe one of the most effective means of long-term conservation is creating buffer conservancies around formally protected parks and reserves. The Masai Mara is a classic example, and so for my next trip to Kenya I plan to stay in one of the conservancies bordering the park. These are areas of community-owned land set aside for wildlife conservation. Working in partnership with the safari tourism industry and conservation groups, the local communities lease their land for tourism.

Not long ago, few travellers or tourists gave much thought to the impact they would leave on their travel destination?

How can people who visit Africa leave a positive impact from their travels?

A pangolin being cared for after being seized from the illegal poaching trade by an anti-poaching unit. The pangolins usually arrive severely compromised – very stressed, malnourished and dehydrated. This pangolin has been anaethetised, ready for a drip, on arrival. 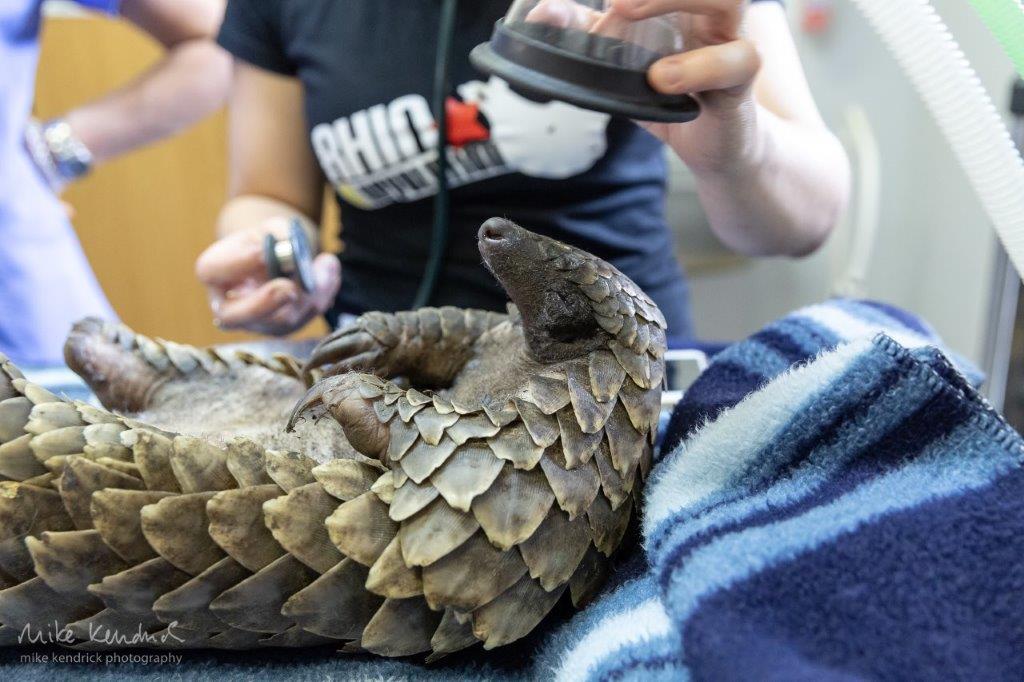 “One of the best, quick and easy references to get you started is the impressive “Africa’s Finest” by highly respected African experts, David Bristow and Colin Bell, which lists for free (online) the most sustainable and responsible safari destinations in Africa.”

Do you have any advice or tips about engaging with local communities in an ethical way?

“I would like to answer this question by adding a focus on how to engage with wildlife in an ethical way – as that is my passion and expertise.”

If you’re a keen photographer, always remember to respect the animal or bird you are shooting – do not be tempted to try and get too close, or disturb or alter the behaviour of your subject to get ‘that shot’, and never urge your guide to try and get you closer.

Please avoid any ‘animal encounter’ tourist attractions that involve petting animals, especially carnivores, walking with lions or riding on elephants.  Many of these are commercial ventures with very little or zero conservation value, despite their claims.

“Voluntourism” is big business today, with a huge number of operators offering conservation placements in Africa.  Please check the credibility and credentials of these businesses, especially those in southern Africa offering carnivore programmes (check out Blood Lions to learn more).  There is a constantly updated list of ethical operators and ones to avoid on the “Volunteers in Africa Beware” Facebook Site.

All pics are copyright Mike Kendrick – unless labeled otherwise 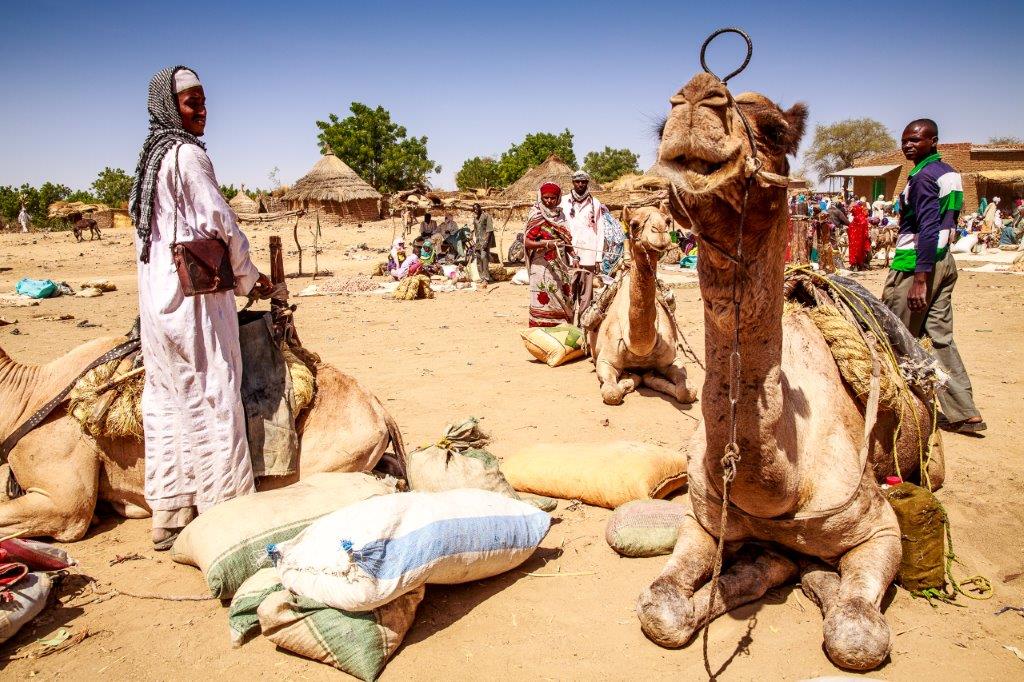 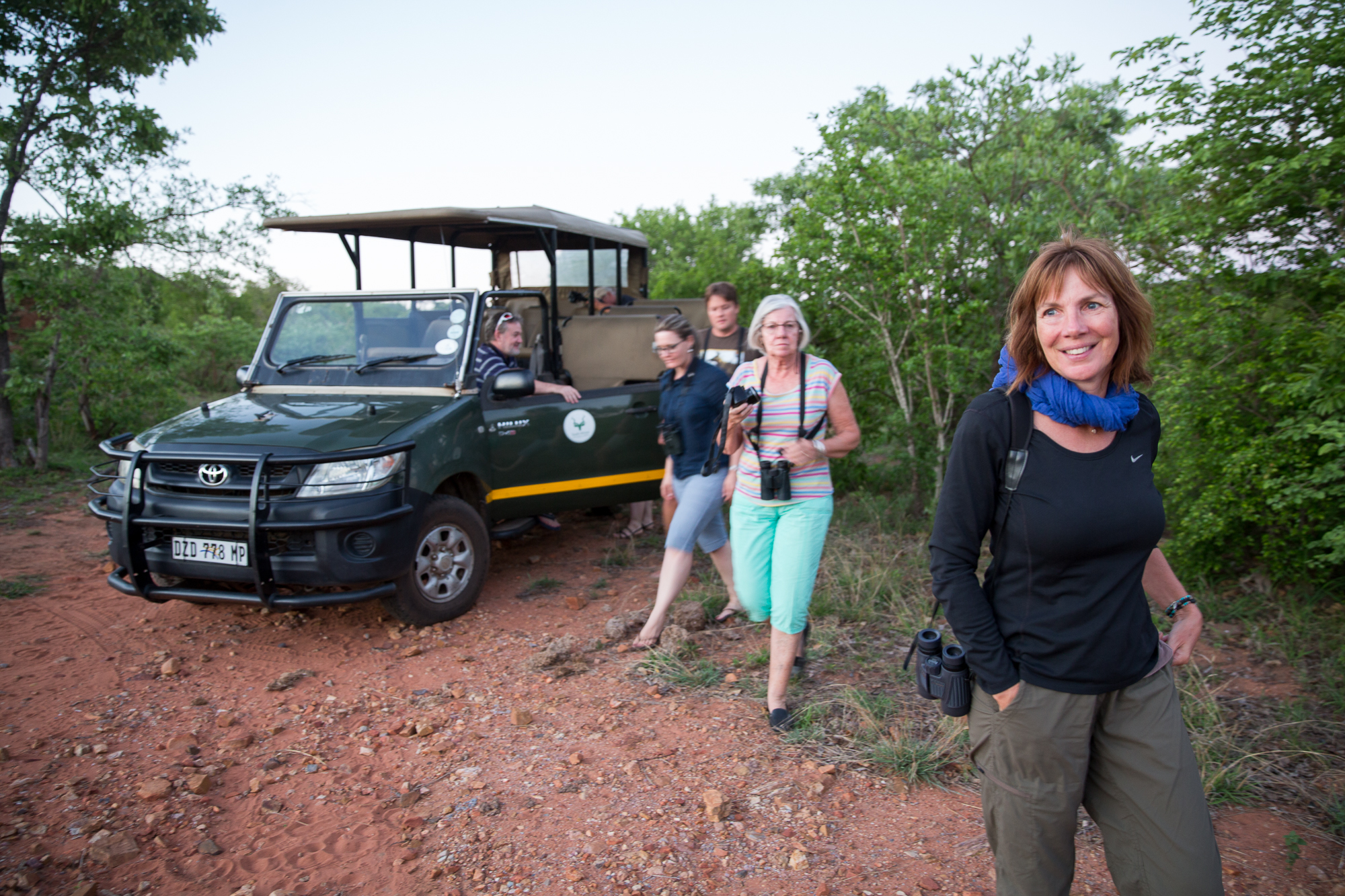 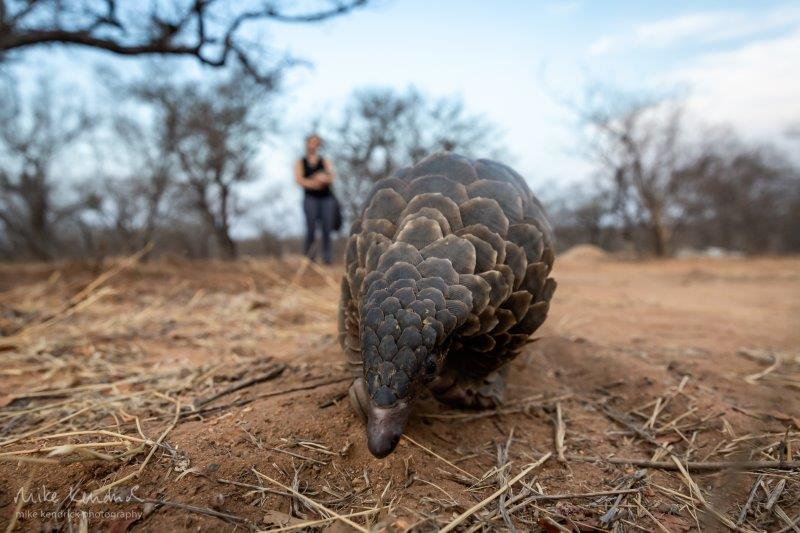 The loss of African wildlife through poaching, and the illegal wildlife trade, is frightening.

Can you tell us about your work rehabilitating pangolins and why it’s important?

Pangolins, also known as scaly anteaters, are top of the sightings Wish List for many safari aficionados – being one of the most elusive and little-known African animals. Sadly, they now have the dubious honour of being the world’s most illegally trafficked mammal. They are poached for both traditional African medicines, and because of the rapidly escalating demand by Asian markets for use in traditional medicine. They are also considered a delicacy. Just like rhino horn, their scales are made of keratin – no different to human toenails.

I am fortunate to work with Rhino Revolution, based in Hoedspruit on the border of Kruger National Park in South Africa. They are an accredited pangolin rehabilitation centre, working in association with the African Pangolin Working Group.

Rhino Revolution is now caring for pangolins seized from the illegal poaching trade by anti-poaching units. The pangolins are arriving severely compromised – very stressed, malnourished and dehydrated. The rescued pangolins require round the clock, medical care and support.

At night, if well enough, the pangolins are ‘walked’ in the bush so they can find their own food supply of ants and termites. This is to encourage natural feeding behaviours and dietary intake as soon as possible.  Walking in the bush can take many hours every night….and the pangolins are accompanied by a vet nurse and an armed guard.

Rhino Revolution’s aim is to release the pangolins back into the wild as soon as possible – once they are healthy and weigh more than 5kgs. The first pangolins have already been released, each wearing a GPS & VHF tracker, so their progress and well-being can be monitored. They are being released into secure reserves, in areas as near to where they were found as possible and are being monitored by trained researchers.

To find out more see http://www.rhinorevolution.org/pangolin-rescue/

Rhino Revolution is a closed facility, and does not have a volunteer programme – this is to keep human contact to a minimum to ensure the animals can be released back into the wild.

If you would like to make a donation to help save pangolins,
see https://www.givengain.com/cc/rhinorevolutionpangolin/