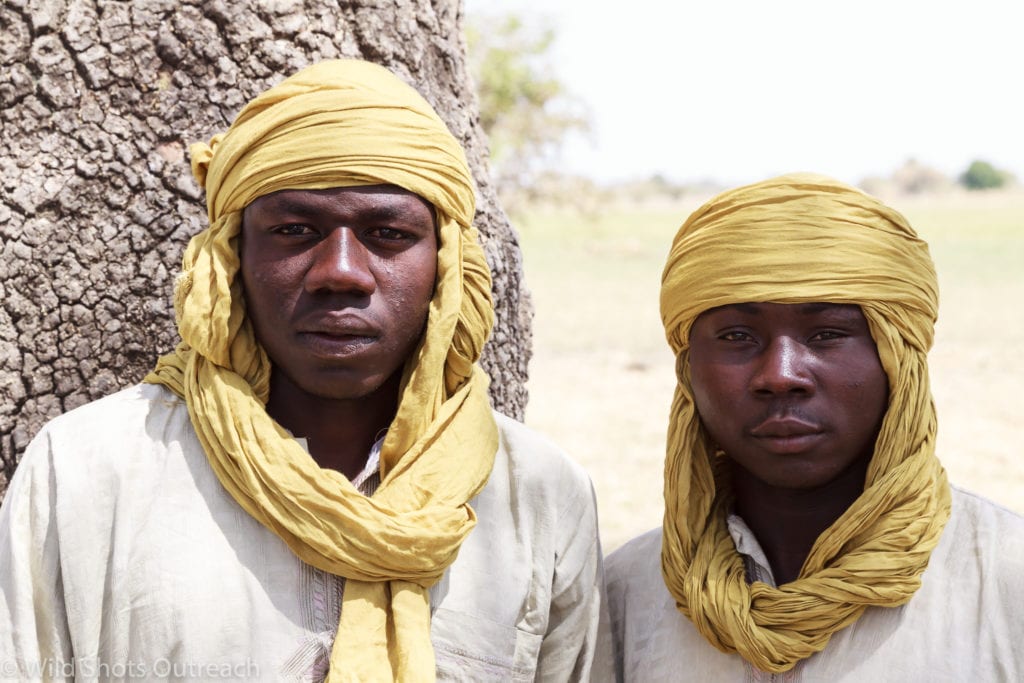 Stepping off the charter plane, we were welcomed to Chad’s Zakouma National Park by a herd of nearly one hundred roan antelope. I 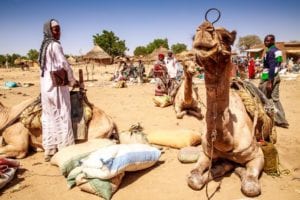 marvelled at the sheer abundance of wildlife here – thousands of black crowned cranes, dazzling flocks of carmine bee-eaters, vast herds of buffalo, the sky black with whistling ducks and spurwing geese, squadrons of pelicans, swirling murmurations of millions of quelea at dusk, numerous lion, my first ever serval (three in fact) and many Kordofan giraffe and tiang (tsessebe). Birders are in for a treat, as there are so many specials and the park is only just being surveyed. For wildlife enthusiasts, most of the mammals and birds here are unique to central and west Africa, so there are lots of lifers and new ticks. Situated just south of the Sahara Desert and above the fertile rainforest regions, Zakouma is the last intact central African savannah ecosystem. 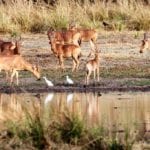 I have travelled extensively in Africa, but I confess what I knew about Chad before my visit could have been written on a postage stamp (and a small one at that). I couldn’t even name the capital city (N’Djamena for the record) and could only vaguely guess Chad’s location in north-central Africa. In my ignorance, I worried it was vaguely ‘near’ all those bad things like Boko Haram, military incursions and Ebola.

And yet visiting Zakouma blew my mind – it’s one of the most amazing and beautiful places I have ever been to. It is reminiscent of wild Africa 30 years ago and exceeded my wildest expectations. Coupled with this is the most incredible, positive conservation story and inspirational responsible tourism development.

We stayed at Camp Nomade – a chic and stylish mobile tented camp, with ‘Bedouin’ stretch awnings, North African rugs, lanterns, cushions and Chadian camel bells. During our week, the camp was set up in two different locations to make the most of the changing water levels – as the game, especially the birdlife, is very transitory on the oxbow lakes, pans and watery grasslands.

Camp Nomade is set up from scratch every dry season, and packed away during the wet season, leaving no trace of its existence. Its fridges and lights run on solar energy, with an efficient waste system to avoid any pollution. Food supplies are sourced locally and support the regional economy. It was remarkable to see a tourist camp with such a minimal footprint. 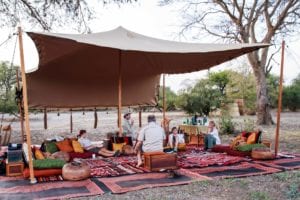 turning around Africa’s lost-hope and ‘basket-case’ national parks. Before African Parks took over, Zakouma had suffered terribly from rampant poaching, and a staggering 2000 elephant were killed in just two years. Elephant numbers fell to just 400 – and these traumatised survivors coalesced into one large mega-herd for safety during the dry season. With African Parks now managing the park, stringent anti-poaching patrols, effective law enforcement and community networks have been developed. The elephants are now breeding after the trauma of the last 10 years – and we were invited to join the aerial anti-poaching patrol, spotting the mega-herd from the air, complete with new calves.

Local visitors are considered just as integral to conservation as high-paying foreign ones. Chadians stay at Camp Salamat (a rustic government camp) for free, and every day in the dry season 40 students and adults from around the region are brought in by bus to learn about conservation—totalling more than 5000 last year.

Zakouma began a school-building program in 2013, and four so called ‘Elephant Schools’ have already been built, including a primary and secondary school in the village of Goz Djarat at the entrance to the park. Ten teachers’ houses have also been provided, together with boarding facilities for 60 students. A second secondary school is now being built in the elephant migration zone. Following a request from the nomadic communities, a mobile Nomad School has also been developed for the children of the nomadic groups, who had previously never had access to education. 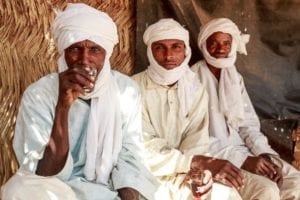 Zakouma introduced a village radio system that provides a valuable communication link with strategic villages to allow information about potential threats to people and wildlife to reach park management. The Sudanese armed poachers that enter the region pose a threat to the community as well as the park, and there is a major benefit in sharing information. Airstrips have been constructed in key areas in villages outside the park, which allows park management to assist villages when they are cut off during the wet season. Help is usually in the form of malaria treatment at the height of the rains. This has played a huge role in gaining the support of the communities, which has in turn resulted in the prevention of poaching incidents, arrests of poachers and the recovery of stolen livestock.

Tourists can visit the weekly market outside the park at Kach Kacha. This was an extraordinary experience for us, like stepping back into biblical times, seeing the nomads arriving with their camel trains carrying blocks of salt. The locals were as curious about us as we were intrigued by them – and we shared a memorable time drinking coffee together. It was a truly incredible cultural experience, and a way to support the community by buying local products such as herbs, spices and crafts. 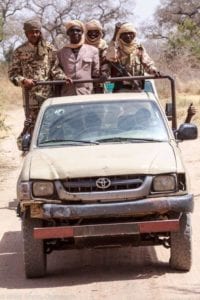 I was bowled over by Zakouma’s beauty and abundance. It was wonderful to see how nature can recover and what conservation can achieve through dynamic leadership. We spent our final night with the (then) African Parks managers, South Africans Rian and Lauren Labuschagne. What they have accomplished in Chad can truly serve as a model of hope for other African parks. When asked how we could best help Zakouma, they said, ‘Please encourage more tourists to come here’.

You can only visit Zakouma between late December and early April when the park dries up and the wildlife concentrates around the rivers and floodplains. With a maximum of 14 private groups a year, each group (of between six and 10 people) has exclusive use of the camp for a full week. Zakouma is a must-see safari destination for pioneering Africa-philes with a sense of adventure and a passion for wildlife, sustainable tourism and true wilderness.

What a privilege to have visited here – a safari highlight after more than 25 years of travel in Africa. I encourage everyone to visit this wondrous, wild place and help support its responsible tourism ambitions. 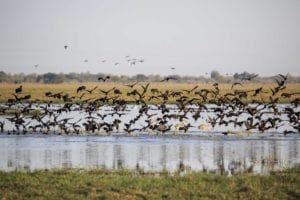 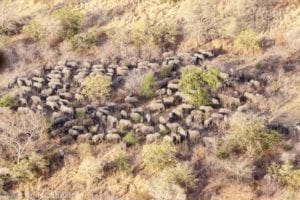 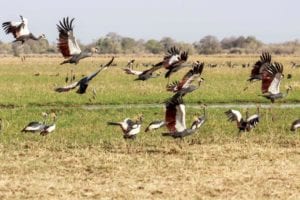 Harriet Nimmo and her husband drove a Toyota Corolla around Southern Africa 23 years ago – digging it out of the Makgadikgadi Pans, Mana Pools and the Kalahari.  Since then she has conversed with chimps and gorillas, stayed with the Afar, cavorted with lemurs and tracked desert elephants.  She and her husband finally jumped ship and relocated from the UK to South Africa in 2011. Their most recent sojourn saw them driving from Cape Town to Nairobi, and finally settling in a small bush town in Limpopo.  Here Harriet helps save elephants and rhino, as well as co-founding the Wild Shots wildlife photography conference. In her previous life, Harriet was CEO of the international conservation communications NGO, Wildscreen and founded ARKive.org.