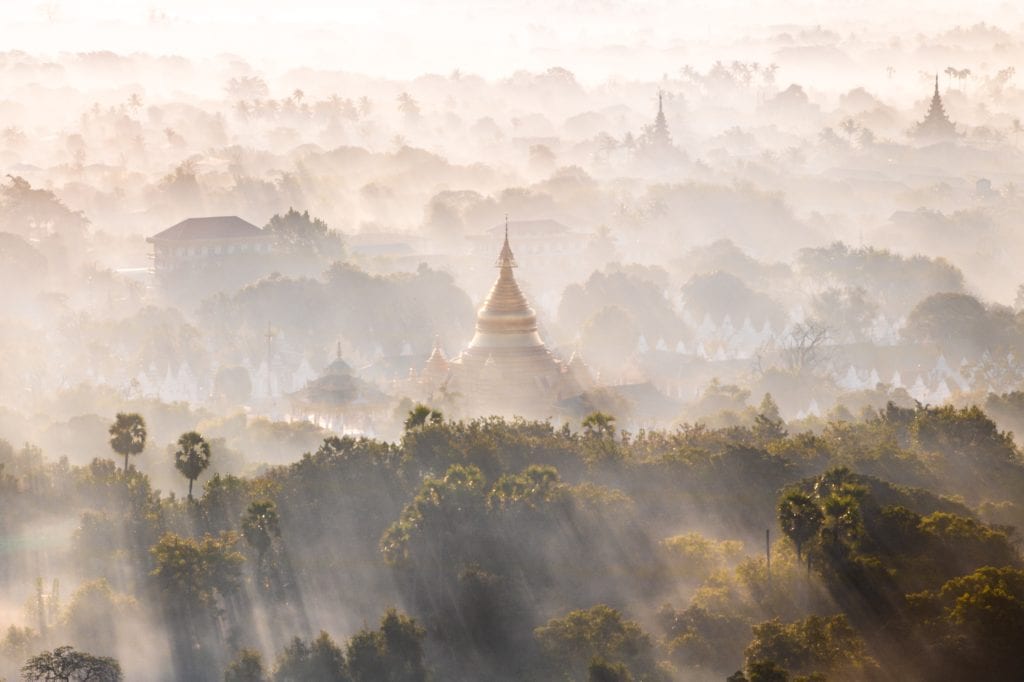 With golden Buddhist pagodas glinting in the evening sun, green mountains home to diverse ethnic groups, and tropical cityscapes stuffed with slowly crumbling British colonial-era architecture, Myanmar (sometimes still known by its colonial name of Burma) is an immediately compelling destination. However, despite the country’s obvious allure Myanmar remains one of the least known nations in South-East Asia. The reason for this is politics. For most of the last 60 years, Myanmar and its people have struggled under the yoke of an unforgiving military dictatorship, and a successful international tourism boycott campaign has urged tourists to keep away. Then, quite suddenly, in late 2010 Aung San Suu Kyi – leader of the National League for Democracy (NLD) opposition party, Nobel Peace Prize winner and one of the world’s most famous political prisoners – was released from house arrest, and the country began to open up and engage with the wider world. It was the start of a (not yet complete) transition from a one-party state to a multi-party democracy.

After the first free and fair elections in 2015, the NLD finally came to power. And this has led to a flood of international investment as well a surge in tourism. Prior to the release of Aung San Suu Kyi, some tourists did visit Myanmar. Most of them travelled independently and, in an effort to ensure as little hard currency as possible went to the military and their cronies, and as much as possible went to small, family-run businesses, most tourists were very cautious about how and where they spent their money. Today, with the country smiling as it hasn’t smiled in years, it might appear that tourists can visit Myanmar without any pangs of guilt. However, that’s still not quite the case. The constitution stipulates that the military holds a quarter of all government seats and grants it complete control over defence and border issues. The military also continues to have many business interests, including tourism concerns such as hotels (some reportedly built with forced labour or after forced relocations of local people) and the innumerable golf courses that seem to be found on the edge of every major town and resort area. With this still in mind, most independent travellers continue to stay in family-run guesthouses, book tours locally, eat in small family restaurants and travel around only by bus (buses are typically owned by private companies, whereas trains, planes and boats are not). 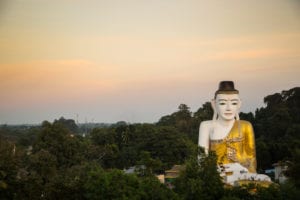 Off the Beaten Track

Responsible travel in Myanmar is not just about how you spend your money though. As with any destination, it is also about the things you do and how you interact with local people. With tourism still a relatively new concept in Myanmar, most first-time visitors (which amounts to most visitors) focus on a few high-profile destinations: the ancient temples of Bagan, beautiful Inle Lake, the cities of Mandalay and Yangon, and perhaps the beach resort of Ngapali. The tourism infrastructure in most of these places is well established and the local population and economy has long since adapted to tourism. However, in other areas tourists are still something of a novelty, which means that one of the most rewarding ways of exploring Myanmar is to avoid the big tourist spots and instead focus on out-of-the-way towns and villages. Almost every town will have a place to stay, a colourful central market and a pagoda or three to explore, and you can be certain that local people will fall over themselves to come and chat. Not only will travelling to such places leave you with fond memories, but it will also inject badly needed money into local economies. The northern half of the country is an especially rewarding area for exploratory travel – though there are certain permit and travel restrictions.

While travelling around Myanmar might just seem like one big, exciting adventure, it is important to remember that your actions can have lasting impacts. One example can be seen on the sunburnt plains of Bagan, which are pockmarked by a huge numbers of thousand-year old temples. It’s become something of a tradition among tourists to clamber up onto one of the temple platforms to watch the sunset. In some of the bigger temples this activity has the blessing of the authorities, but these can get very crowded. So, in an effort to find more meditative spots from which to watch the sky turn gold, independent travellers are increasingly shunning these busy temples and climbing up any old temple. Some of these temples are fragile (and not very structurally sound) and clambering around them can lead to damage. Just because authorities turn a blind eye to the practice doesn’t mean it’s okay. 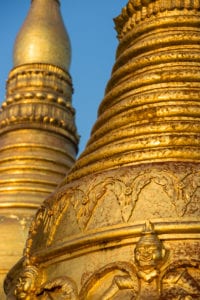 some of the people is a big tourist draw. The Kayan women of eastern Myanmar are renowned for the multiple brass rings they wear as jewellery around their necks. Over time these rings weigh their shoulders down giving the impression that the women have unusually long necks. In recent years a small scale tourist industry has developed where groups of tourists come to goggle and photograph the women. While some people find the whole ‘human zoo’ like experience uncomfortable, it’s too simplistic to brand it as exploitative. Certainly, there are tour companies that try to force women to pose for tourist photos and then pay them next to nothing in return. However, many women are now financially reliant on photo tourism and would have few other avenues for earning money if tourists stopped coming to their villages. So, if you do go decide to visit such a place, ensure you use a respectable tour company with local connections, and don’t just rush in and start taking pictures. Sit and talk to the women first – it will be certainly be a more rewarding experience.

Tourist elephant rides are offered in a number of places in Myanmar. In recent years such activities have become frowned upon for animal cruelty reasons. There are certain places in Myanmar (around coastal resorts in particular) where elephants are used for nothing but tourist rides, and such places should be avoided. However, this doesn’t make all elephant encounters ethically wrong. In some places (such as in the forests near Taungoo) domesticated elephants are used primarily in forestry work, with rides being offered as a sideline for the occasional visiting tourist. Elephants are used to remove trees from the forest, which is actually preferable to using heavy machinery. An elephant can enter the forest and remove the selected tree with relatively little damage to the surrounding forest, but a tractor needs to smash a path through the forest to create a logging road. This means more trees are felled and the new road allows easier human access, which results in further environmental damage. So while we wouldn’t suggest actually doing an elephant ride at such a place, it can be argued that providing money to logging camps actually encourages workers to continue using elephants rather than swapping to the easier but less environmentally sound method of mechanised tree removal.

Myanmar is currently in the midst of abrupt and significant change, and tourism is going to be one of the things that changes 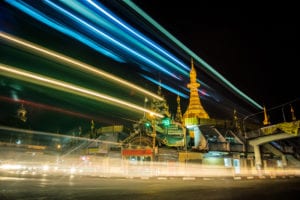 Myanmar the most in the coming years. Whether those changes are for good or ill will depend on how authorities handle the growing number of tourists and how the tourists themselves interact with the people of Myanmar. However, one thing is certain: there has never been a better time to visit this most magical of Asian nations.

Stuart Butler is a photographer and writer specialising in the Himalaya, Myanmar and eastern Africa.  He first visited Myanmar back in 2001. As soon as he laid eyes on the Shwedagon for the first time he was hooked and since that first visit he has returned frequently to Myanmar. He is the author of the Rough Guide to Myanmar. Originally from southwest England he today lives with his wife and two young children on the beautiful beaches of southwest France. His website is www.stuartbutlerjournalist.com