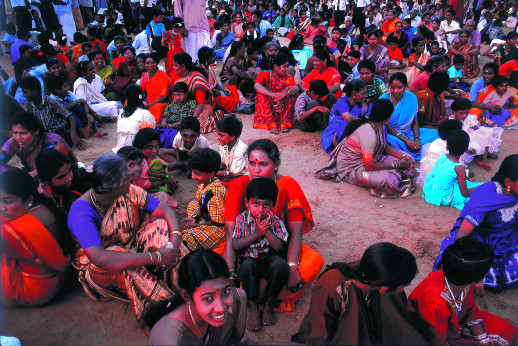 There is something special about Sri Lanka. Set amid the serene waters of the Indian Ocean, the island boasts an extraordinary variety of attractions packed into its relatively modest dimensions. Picture-perfect beaches compete for attention with impenetrable rainforests, wildlife-rich national parks and the superb misty green hills of the interior, while human-made attractions include time-warped colonial towns, vibrant temples and some of Asia’s most spectacular Buddhist monuments.

There is also a dark side to the island, however. From 1983 to 2009 the country was home to a vicious civil war between the Sri Lankan Army (dominated by the island’s majority Sinhalese population) and separatist Tamil Tiger rebels (recruited from the island’s Tamil minority population), which left tens of thousands dead, towns and villages in ruins, and innumerable Tamil peoples homeless and displaced. While the end of the war ushered in a new period of peace and rising prosperity, and the electoral defeat in 2015 of despotic president Mahinda Rajapaksa created a new sense of political stability, ethnic tensions continue to bubble under the surface. Be aware that while most people are happy to talk about the war, it is best to avoid expressing any strong opinions about either side or their behaviour during the conflict.

There is still plenty of jungle in Sri Lanka, but also increasing amounts of concrete; indeed, overdevelopment is perhaps the biggest tourism-related challenge facing Sri Lanka today. The effects on the island’s once pristine coastline have been particularly devastating, with beaches eroded, mangroves destroyed and rivers polluted. The old west coast resort town of Hikkaduwa, the epicentre of the international package-tour industry back in the pre-war days, is a particularly grim case in point, with its crumbling high-rise hotels standing as a lasting monument to boom-and-bust development at its worst.

The pattern established by Hikkaduwa continues to repeat. The beautiful hills around the popular hill country village of Ella, for instance, are being buried under an ugly smear of hotels and guesthouses, while the lively backpacker beach hangout of Unawatuna is steadily consuming its own idyllic setting, as are other major beach destinations such as Bentota, Beruwala and Mirissa.

Responsible and rewarding tourism can go hand in hand. Haputale, just down the road from Ella, is every bit as stunning but sees only a fraction of the crowds, and there are plenty of other lesser-known hill country destinations to explore. The situation is even more pronounced around the coast, although there are still plenty of unspoilt places to drop a beach towel on the sands. Weligama, for example, just a short drive from Unawatuna, offers one of Sri Lanka’s most majestic bays, miles of empty sands, and remarkably few tourists. Not only that, but visiting less popular places also helps spread tourist dollars more equitably around the country, helping raise living standards for all islanders.

If you really want to get away from the crowds, nothing beats a visit to Sri Lanka’s remote north and east. The heartland of the island’s sizeable Tamil population, these regions suffered hugely during the civil war and tourists visiting these places help bring much-needed cash to communities still suffering the after-effects of the conflict – as well as a welcome sense of returning normality after decades of isolation and trauma.

The fascinating town of Jaffna (now easily accessible by train) is one highlight, a microcosm of Tamil Hindu culture quite unlike anywhere else in the country, and the remote east-coast villages of Uppuveli, Nilaveli and Arugam Bay have miles of deserted beach and a Robinson Crusoe atmosphere.

There are very few international hotels in Sri Lanka, and the island’s leading chains such as Jetwing and Aitken Spence (who between them own many of the island’s most memorable places to stay) are locally owned, meaning that your money stays in the country.

One caveat is the way in which the Sri Lankan Army – vastly overstaffed and underutilised since the end of the war – has become involved in tourism. In an attempt to grab a slice of the post-war business boom, top military figures have become involved in myriad tourism-related ventures. These include a number of army-run hotels and guesthouses, even including one luxury boutique resort close to the site at which thousands of Tamil civilians were brutally murdered in the closing stages of the war. All these places are best avoided given the armed forces’ record of illegal land seizures and anti-Tamil discrimination –the fact that military-run establishments are (bizarrely) staffed by active army personnel does not encourage confidence either.

Allegations of land-seizures and other local abuses have also tainted the reputation of the government’s recently created ‘tourist zones’ (again with military support), including the massive new developments at Passekudah on the east coast – although the sterile upmarket resorts here make Passekudah one of Sri Lanka’s least memorable destinations.

Sri Lanka is home to a marvellous array of wildlife, with elephants the main attraction. There are a number of places to see captive elephants around the island, although virtually all operations have attracted some degree of criticism or controversy over the years. The world-famous Pinnewala Elephant Orphanage is a glaring case in point. One of the island’s leading tourist attractions, the orphanage has been accused of a series of flagrant animal-rights abuses over recent years, and is best avoided. All things considered, the best place to see elephants is in their natural environment in one of the country’s many national parks.

The majority of the Sri Lankan population are staunch Buddhists, and react strongly to any real or perceived slights or hints of irreligious behaviour. Always remove your shoes and dress respectfully when entering a temple, and never pose for a photograph with a Buddha image, which is considered offensive. In 2012, three French tourists were jailed for posing with, and pretending to kiss, a Buddha image. Tourists have also been deported or refused entry for sporting tattoos of the Buddha – if in doubt, cover them up.

Sri Lanka’s venerable railway system has recently enjoyed a major upgrade, and taking the train still offers the most comfortable and interesting way of getting around – and it is a lot more environmentally friendly than adding further traffic to the island’s overburdened and congested roads.

Sri Lanka receives plenty of rain, but water is still precious, as is electricity in a country still struggling to meet the burgeoning energy demands of its population. Turn out the lights when you leave. Plastic waste (particularly discarded water bottles) is also a major problem, as it is throughout Asia. Consider taking your own water purifier.

Finally, you’ll often see marine souvenirs such as ornate shells for sale around the coast – bear in mind that buying such products directly contributes to the destruction of the coastal and submarine environment. 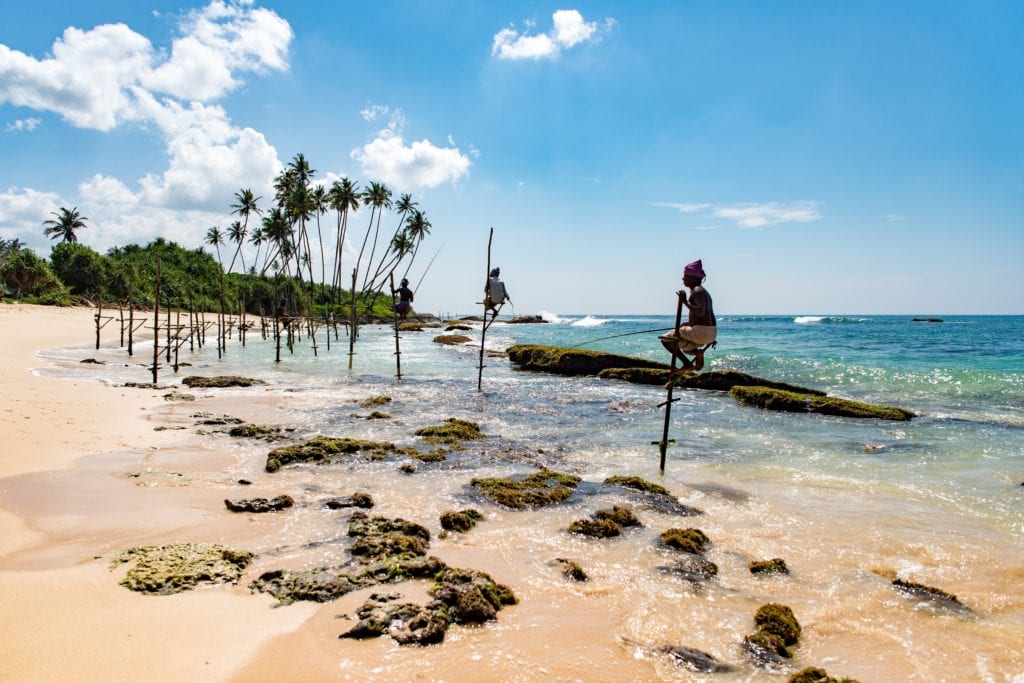 Gavin Thomas is a UK-based travel writer specialising in Asia and Arabia. A regular visitor to Sri Lanka since 2001, he is the author of the Rough Guide to Sri Lanka and several other books on the country.