Overtourism and the Solutions 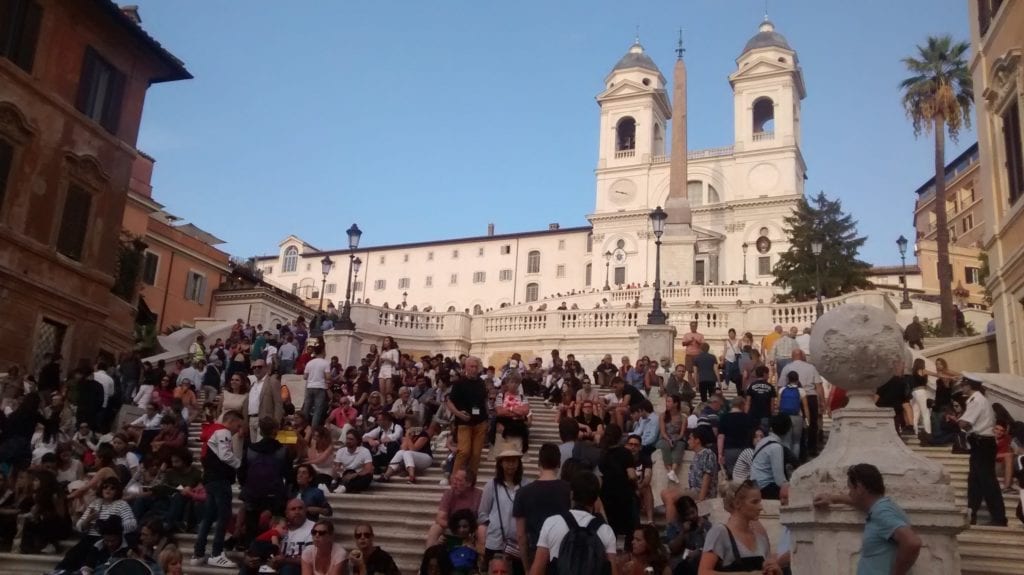 They say: ‘Travel is about the journey not the destination.’ Nothing could be more true, but somehow I feel that this culture of travel is dying fast.

It seems like travel has become about bucket lists and ticking off highlights, with a selfie posted on Facebook to prove it. This kind of bucket list travel easily leads to overtourism, a hot topic in the news today. Overtourism defines a situation where there are too many tourists in a particular destination at a particular time. ‘Too many’ is obviously highly subjective. Too many for who?

Residents in a popular tourist destination might dread the tourist season, when they are no longer able to park their cars, the beaches are too crowded to go out for a stroll, and the roads get littered, but business owners might need this busy season to see them through the year. Tourism is a growing industry and there seems to be a fashionable belief that tourism has become a problem. That it does more harm than good. In general, I don’t think this to be the case at all.

The problem boils down to hotspots of overtourism. The key to this problem is for tourism to spread out more, away from perceived 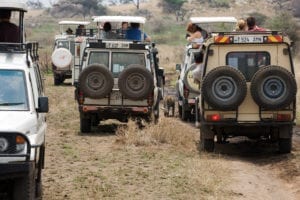 highlights. The key is responsible travel. A responsible traveller should seek alternative destinations, away from places that have become overrun with tourists, or possibly visit at a less popular time, such as out of season. In an ideal world, overtourism would be self-regulating. When a place becomes too busy, it becomes less enjoyable and more expensive and people should start looking at alternative options. The media could play a big role in this by increasing interest in less obvious destinations. However, this doesn’t always seem to be the case.

There is a big market for online travel content, often put together by professional bloggers (who might not have visited any of the places they write about) listing the top 10 or top 50 places to see, things to do, delicacies to eat or mountains to climb. This ‘best of’ culture seems to have a big impact, and many people don’t want to waste any time on non-highlights. Although there are cases of overtourism all over the world, many of the hotspots appear to be in Europe. Europeans are lucky to live in a well-organised continent offering an amazing variety of places to visit. The transport infrastructure is convenient and there are more and more low cost flight options as well. All this lends itself to perfect short holiday breaks, such as shopping in Rome, city-tripping in Barcelona, skiing in La Plagne, boating in Venice or sunbathing on the Cote d’Azure. There is very little, if anything, in place to regulate tourist numbers to these destinations and until there is, one should take the responsible attitude by not adding to the problem.

There are issues of overtourism in the developing world as well, but less so and mostly only at certain times of the year. Africa in particular, has a lot of room for tourism growth and its potential revenue could be important in the continent’s economic development. Hopefully there is an opportunity for Africa to learn from some of the problems that have arisen in Europe caused by overtourism.  With good management, this phenomenon could maybe be stopped in its tracks as these kind of problems are more easy to prevent than to recover from.

So, how can you help? The key is to get away from bucket-list travel. As an Africa expert, I sometimes get consulted on people’s holiday itineraries. It often looks similar to something like this: A safari in the Masai Mara in Kenya (timed for the wildebeest migration), Victoria Falls in Zimbabwe, gorilla tracking in Rwanda, then a few days relaxing on the beach in Zanzibar in Tanzania. Imagine the time spent in airports and more worryingly, the carbon footprint flying between destinations on a short holiday. But then I might make a suggestion. 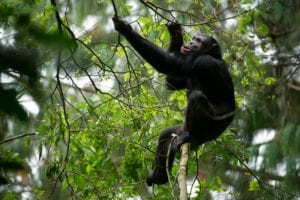 There is no way around it, seeing mountain gorillas is very special, so if this is a dream for you, why not go for a holiday to Rwanda. Less well-known than some other East African destinations such as Kenya and Tanzania, Rwanda has a lot to offer aside from tracking mountain gorillas. Akagera NP is Rwanda’s savannah reserve. You’ll be able to see elephant, buffalo, giraffe and many antelope species. You might even see lion. Leopard and rhino are present, but rarely seen. So this is not really the best place to tick off the Big 5, but surely the whole concept of the Big 5 is just another big marketing ploy.

Cat sightings are less easy than in the Masai Mara, but where sightings in the Mara often become very crowded with vehicles, you’ll probably have any special sighting to yourself. Another great place to visit in Rwanda is Nyungwe Forest. The largest and arguably most beautiful and accessible montane rainforest in Africa. A network of hiking trails gives a chance to see 13 primate species, including chimps. After tracking gorillas in the Virungas, you could end your holiday relaxing at a resort on Lake Kivu. Although relaxation and boat trips on the lake are what this is about, a short walk will bring you into the village which is especially bustling on market days.

But what about the magic of Zanzibar? I loved Zanzibar, when I first visited it 25 years ago, but the old town has changed. 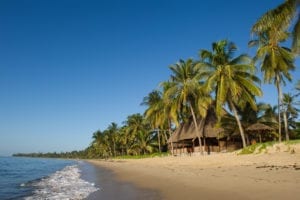 The Tides Lodge on the beach, Pangani, Tanzania

visit away from the beach resorts. If on holiday in Tanzania, I would now prefer going to one of the less touristy Swahili towns such as Bagamoyo or Pangani. The beaches are as beautiful, but less crowded with tourists, and the local people aren’t jaded yet with mass tourism.

Neither are the people of Rwanda. In fact, they are excited to see visitors coming back to their country which has received such a negative association since the genocide of 1994. You’ll feel humbled at the warm welcome you’ll receive when visiting this beautiful, mountainous country with such a turbulent past. This is obviously just one example of an ‘alternative’ holiday considering ‘Responsible Travel’. It isn’t even totally off-the-beaten track. Rwanda is very developed for tourism and so are many other less obvious destinations. They are just not overly touristy yet.

Since the world has opened up for many of us, privileged Westerners with enough spending money to go on a yearly overseas holiday, it is also worth considering where your money goes. By choosing your holidays responsibly and not adding to the problems of overtourism, you can contribute to the development of emerging tourist destinations. Choosing your next destination with these issues in mind, will almost certainly result in a more rewarding holiday experience, away from the crowds and where we, as visitors, haven’t overstayed our welcome yet.

Ariadne Van Zandbergen is a freelance travel photographer and writer who spends more than half of her time photographing and travelling in various parts of Africa, and has visited more than 30 countries across the continent. Based in South Africa, Ariadne’s work has featured in numerous magazines, brochures, travel books and other publications. She operates The Africa Image Library (www.africaimagelibrary.com), a specialist photographic library dedicated to cultural, wildlife and other travel related images of Africa, both on and off the beaten track.