Why The Illegal Trade in Wildlife Matters 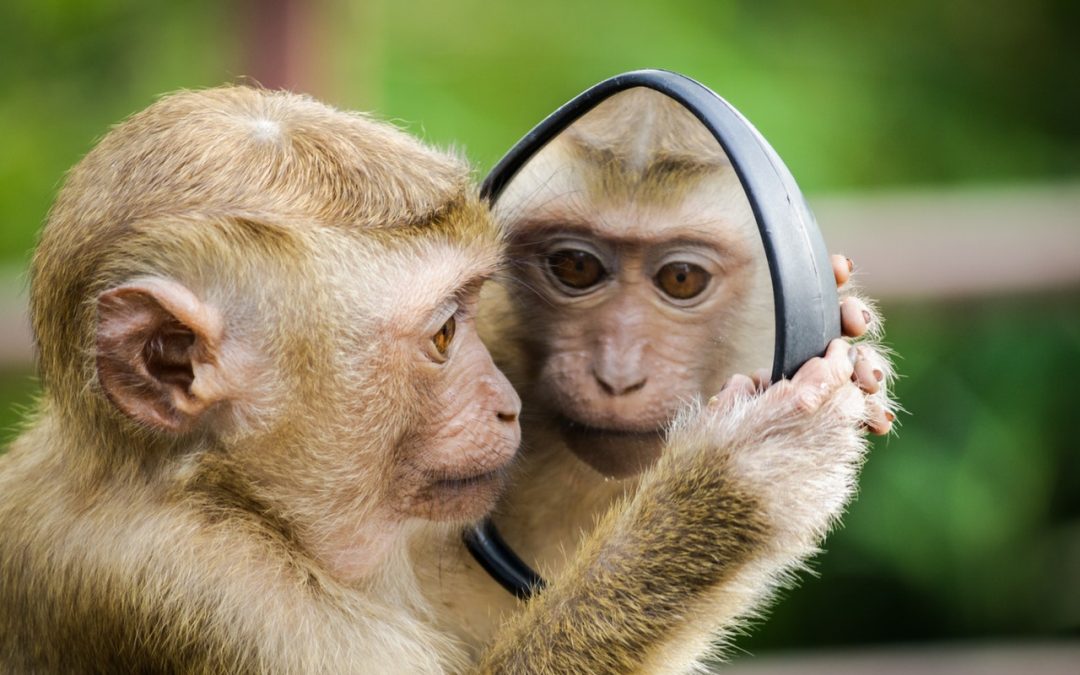 Make no mistake about it. The reason that around a third of the world’s population is currently in a coronavirus lockdown and 87% of the world’s children are missing out on a proper education is because of the illegal international trade in wildlife.

The reason that the world economy is crashing and that international and local travel is forbidden is because of the illegal international trade in wildlife.

The reason that you cannot walk in the mountains, surf at the beach, go to football matches, ski down the slopes or cycle through the woods is because of the illegal international trade in wildlife.

The reason that millions of us will likely lose our jobs and some will lose their houses and families is because of the illegal international trade in wildlife.

Many of the items involved in the illegal wildlife trade are smuggled around the world destined for one country: China. Coronavirus is thought to have originated in the wildlife markets of China (likely through the consumption of an infected bat or pangolin – the world’s most trafficked animal) and few other countries on Earth shows such blatant disregard to international law on the wildlife trade than China. It’s this lax attitude that has led to coronavirus and the catastrophe the world currently finds itself in.

How Big is the Trade and Who Controls it

But what is the illegal wildlife trade? Why is China such a significant player in the illegal trade and what can you, the traveller, do to ensure you don’t knowingly or unknowingly contribute to this trade?

An estimated 7000 different species of plants and animals are traded illegally in an international trade worth around US$20 billion per year. Much of this trade is controlled by international criminal gangs some of whom are also involved in the illegal narcotics and arms trade, people smuggling and money laundering.

The illegal wildlife trade is not just a big money spinner for those involved, the trade is also up there with habitat loss, climate change impact and invasive species, as one of the biggest reasons for species extinction. And, as we are seeing now, it can also result in the transmission of unknown diseases to humanity – and we’re all now aware of what that can lead too.

Drivers of the Illegal Wildlife Trade

The illegal trade in wildlife has risen alongside growing wealth in Asia (and to a lesser extent elsewhere). The trade takes many forms:

It’s not just animals though that are a victim of the illegal trade in natural products. Around 100 million cubic metres of timber is logged every year. Indonesia is one of the country’s worst impacted by the illegal timber trade with a staggering 73% of all logging in Indonesia thought to be conducted illegally.

People tend to think of the products from the illegal wildlife trade being sold in backstreet markets with items hidden away out of sight. And although this is certainly one aspect of the trade the reality is that in some parts of the world items are sold openly in high street shops. Another huge market for the trade is through selling online. And, it’s not just Asia where illegal products are sold. The US, UK, Europe and Africa are all consumers of illegal wildlife items.

This trade does much more than just impact wildlife populations. In countries where poaching is widespread it robs a nation of its natural heritage, it can deprive a country of wildlife-watching tourism dollars, it can lead to an increase in corruption, and even a break down in law and order. Every year dozens of park rangers die in the line of fire protecting the wildlife and natural resources of a country from poaching gangs (a recent example being the killing of 18 people including 12 park rangers in late April 2020 in the Congo’s Virunga National Park).

What Responsible Travellers Can Do

Where Did It Come From?

Buying a travel souvenir made from natural products? Ask where it came from first. It’s not a foolproof method of checking that it’s a legally sourced natural product but it can help. Also, be aware that some products sold by vendors – such as items made from coral, seashells or tropical hardwood – might appear to be harmless, but in many cases it’s illegal to bring them back into your home country and, at the least, you risk having them confiscated and you may even be fined.

Try to only buy products with an internationally recognised certificate such as a Forest Stewardship Council seal. Doing so should mean that the product you are buying has been environmentally and ethically obtained in a sustainable and legal manner. If you’re unsure about an object ask to see a CITES certificate saying if it’s legal to trade the item. Better still, avoid buying anything you’re not certain is legal.

By visiting community-run conservation areas and projects you will be putting your money and support directly into the hands of local communities. This ensures that the wildlife and wild spaces surrounding a community are of long term financial benefit to them, which almost always results in an immediate reduction in poaching and conversion of lands for other uses.

Unregulated zoos and animal parks around the world may contain animals that have been illegally smuggled into the country in which the zoo is based. This even happens in the US and parts of Europe.

There is a fashion in some countries (mainly in the Arab world, China and the US) for exotic pets such as big cats, apes and large reptiles. Many of these exotic pets are wild-caught. In a similar vein, when travelling avoid snake charmers, monkey trainers and other street performers using animals in their ‘act’. Many of these are illegally caught in the wild.

This one is fairly self-explanatory. But keep in mind that the consumption of bushmeat doesn’t only contribute to the illegal wildlife trade, it can also make you very sick indeed. Horror film diseases such as Ebola (thought to come from eating infected bats and apes) and, yes, coronavirus, are thought to have occurred after people ate infected bushmeat.

Think about what we’re all living through now and then think about this. Unless governments – and humanity as a whole – crackdown once and for all on the illegal wildlife trade then it’s only going to be a matter of time until another virus explodes out of a bushmeat market and sweeps around the world. And the next time it might not be something as ‘tame’ as coronavirus with its 1-2% mortality rate. Next time it could be something along the lines of Ebola with its 60%+ mortality rate. 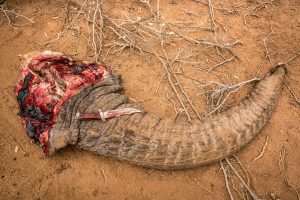 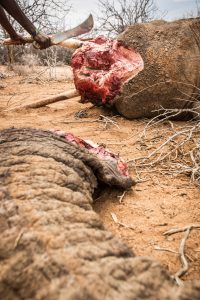 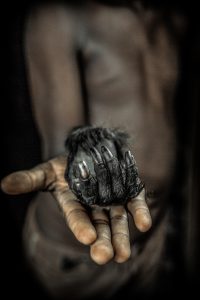 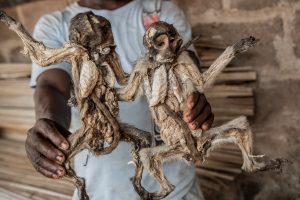 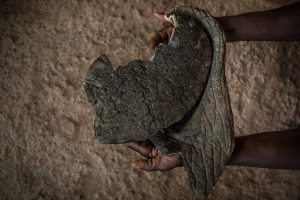 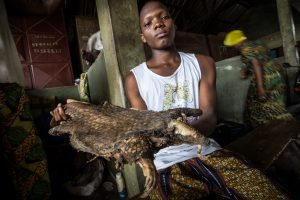 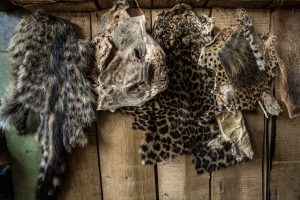 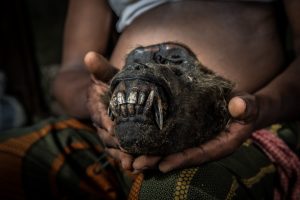 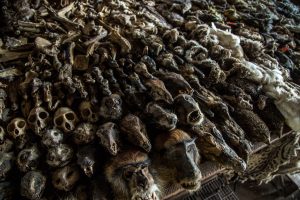 Stuart Butler is a photographer and writer specialising in the Himalaya, Myanmar and eastern Africa. Stuart is the author of numerous Lonely Planet guides to Africa including Kenya, Rwanda, Tanzania and Ethiopia. Stuart’s passion for all things African started young as he grew up listening to tales of his father’s childhood in East Africa, and his grandparents stories of working on the earliest English-language editions of Kenyan newspaper, The Daily Nation. Originally from southwest England he today lives with his wife and two young children on the beautiful beaches of southwest France. His website is www.stuartbutlerjournalist.com