A Checklist for Travelling Sustainably in Africa 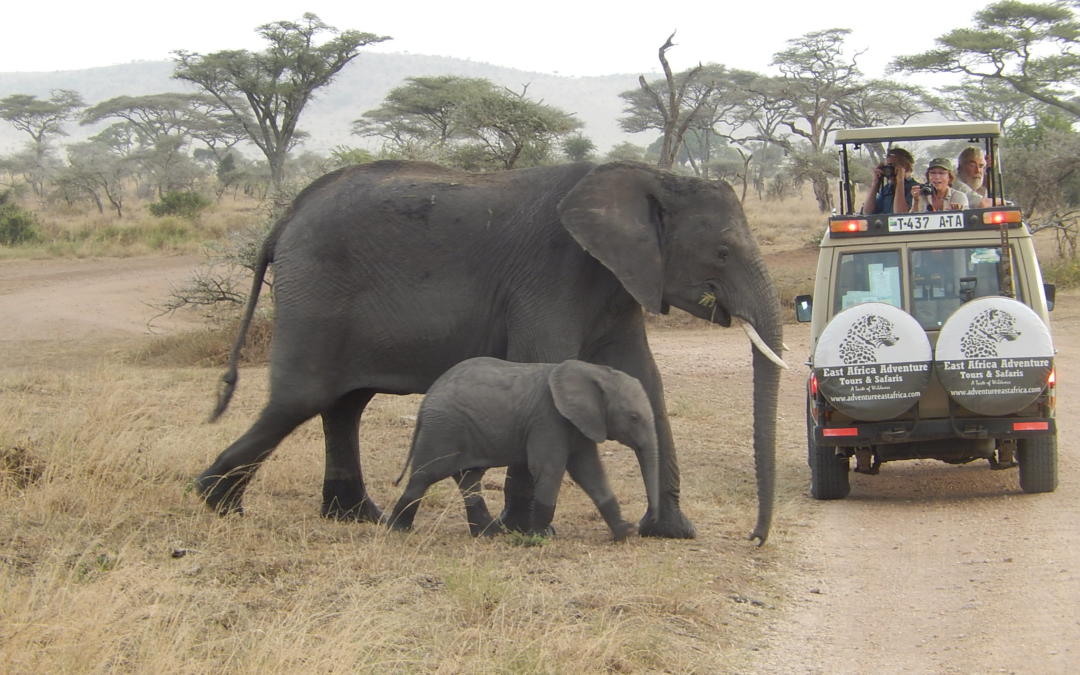 by Anthony Ham for Round Trip Foundation

The African safari might be the experience of a lifetime, but with it comes a very special kind of responsibility. Only in Africa do you find such an abundance of mega-fauna and the habitat to support such a rich and diverse spectacle of nature’s bounty. Human traditions, too, remain intact here in ways that have long since disappeared elsewhere.

But Africa’s habitats are shrinking. Wild lands are disappearing, and the dual impacts of climate change and environmental degradation are placing unprecedented pressure upon both wildlife and some of the poorest people on the planet.

Some governments on the continent, and infinitely more community and conservation projects, are tackling these issues, bringing hope and meaningful change. The tourism industry is uniquely placed to help shift that balance. Travel, at times, much maligned for its impact upon local cultures, can play an invaluable role in preserving both ecosystems and traditional ways of life.

How can travel do this? One traveller at a time.

BBC’s sublime Blue Planet series of natural history documentaries has shifted the goalposts when it comes to plastic bags and their awful impact upon the marine environment. But plastic bags are the scourge of many a land-based ecosystem, too, and it’s not just innocent sea turtles that swallow our waste. 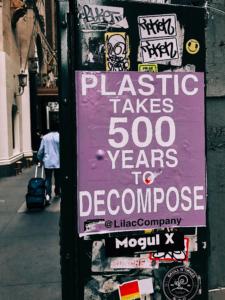 Farm animals that graze close (and, increasingly, not so close) to wherever human beings live are choking from all of the plastic, and that in turn enters the food chain of which ordinary Africans are a part. As for domestic livestock, so, too, for wild grazers. And from blocked stormwater drains to rivers choked with refuse, from once-pristine savannah grasslands to water sources relied upon by locals, plastic is already destroying Africa.

While it may not be of their own making, African countries have taken the lead in trying to stem plastic’s rising tide. Kenya, Rwanda, Tanzania, Ethiopia, Malawi, Morocco, Mauritania, Cameroon and Uganda have all banned the use and production of plastic bags in varying degrees. Even two of the world’s poorest countries, Mali and Guinea-Bissau, have followed suit.

The very least we can do when travelling is to leave all plastic at home, and carry with us, and use, only reusable bags and containers, and, where possible, forsake all forms of plastic packaging.

The plastic water bottle is the partner-in-crime to the plastic bag. Its prevalence is the cause of small mountains of rubbish that are, at best, an eyesore that disfigures many a beautiful view. Carrying your own re-fillable water bottle can make a difference on a potentially exponential scale. If you travel for three weeks that’s perhaps twenty plastic bottles that won’t end up in landfill or by the side of the road. Refill your own instead from a safe source of drinking water – all safari lodges and tented camps have just such a source for guests. And where such water is unavailable, there are numerous, easy water treatment solutions to render water drinkable without making Africa pay for your thirst.

For the most part, lodges and tented camps, the mainstays of the African safari industry, inhabit wilderness areas or, at the very least, corners of wild Africa known for their natural beauty. But at what cost? Always ask your safari/lodge/tented camp operator about their sustainable practices. Assuming they’re not on the national grid, how do they meet their energy needs? Solar power? How is everything recycled? How do they dispose of their rubbish and their sewage? Even the act of asking can make a difference – the more people who show an interest, the more lodges and camps will start to take the issue seriously.

And while you’re at it, remember that sustainability extends far beyond power needs and waste management. How many local people do these operators employ? What benefits flow back into the local communities from having tourist service providers as neighbours? Do local schoolchildren ever get to experience the wild in the same way that wealthy tourists do? How much involvement do local women have in decision-making when it comes to community engagement? Or do relationships between the tourism industry and local communities simply reinforce existing power structures by empowering the already-powerful and work against meaningful change? Your safari company or lodge may not have an answer for every question. But, again, the simple act of asking reminds operators that these things matter.

The question of engagement also comes back to ownership. Not everything can be locally owned, and foreign investment in Africa can play a critical role in building capacity, infrastructure and expertise across the 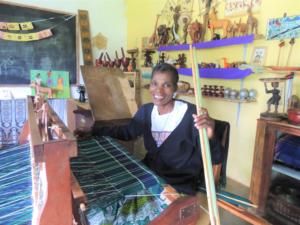 Alfonsia is a weaver in Zambia selling her beautiful creations to tourists at Tikondane, a RoundTrip project

tourism industry. But any such benefits are ultimately more sustainable where foreign investors operate in partnership with local communities. And it always works best if most of the profits remain within Africa to the benefit of those same communities. As a general rule, the greater the level of local ownership – over a lodge or tented camp, over a safari operator – the more likely it will be that tangible benefits will accrue to local communities.

Where they don’t yet have the resources or expertise to set up and manage a tourism company or service provider, it can be worth enquiring about what structures are in place – training, low-interest loans – for making this a possibility in the future.

Buying local is another way to ensure that some of your tourist dollars make their way into the pockets of locals. That can simply mean shopping for supplies in local markets rather than supermarkets that form part 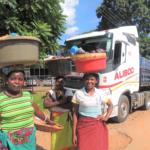 of multinational chains. But it also means buying local handicrafts. In many places across Africa, traditional crafts and artisan traditions are disappearing as the ceremonies and rites that once sustained these skills fall into disuse. Producing these and other traditional objects for a tourist market can play a significant role in keeping these skills alive. And always keep your purchasing decisions informed – avoid anything that is made from animal parts, local coral, endangered plants and so on.

If you’re planning to go on a safari, think about choosing a responsible operator. The better safari operators channel a significant proportion of their revenues into conservation projects. These may involve programs that help to rebuild populations of endangered species or to restore threatened habitats.

The best operators work closely with local communities in education and allow travellers to engage with these goals – by contributing directly to the funding of these programs and by allowing travellers to participate in some way. This latter element of participation might include visiting a local school, sponsoring a local ranger or making some other form of donation, or helping to collar a lion.

Some form of volunteering, whether for an afternoon or for weeks, is another option, although make sure that you are actually contributing something worthwhile to the organisation as opposed to adding to their work or otherwise getting in the way. Whichever way you help, such community-oriented programs deserve to be supported.

Conservation is also about the individual choices that you and those looking after you make while out in the wild. Too often, safari drivers ignore local rules and regulations, driving off-road so as to place their clients as close as possible to the wildlife. While this may be allowed in some community conservancies, most have in place restrictions on where vehicles can drive and how many vehicles can be in attendance at a sighting at any one time. 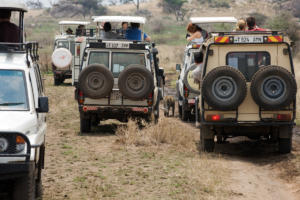 Driving off-road can also seriously damage grasslands and the like, over time causing erosion, habitat loss and even desertification. And getting too close to animals can cause them considerable stress and, at its worse, change their natural behaviour. If you’re on an organised safari, encourage your driver to keep these guidelines in mind, even if it means having to watch the wildlife from a little further away. And if you’re self-driving, the same rules very much apply.

A little knowledge can go a long way. Before visiting a place, read as widely as possible about where you’re going. It’s difficult to overstate what a difference this can make in deepening your on-the-ground experience. Just as learning a few words in the local language – another important act of pre-trip preparation – these are more than mere ice-breakers in conversation. They can help to break down barriers at a quite fundamental level by showing locals that you’re interested in far more than Africa’s animals, and that you are eager to know more about their lives.

It also works in reverse. Painting a realistic picture of life in your home country – the good and the bad: the high prices and taxes, the long working hours, the freedoms and limitations of daily life – can be a vehicle for a meaningful exchange of ideas. It can highlight all that is good about African life, and facilitate a very human dialogue between civilisations in the best sense.

Such a dialogue is only possible if you set aside time for it to happen. If you’re taking an organised safari, ask potential tour or safari operators how much free time you will have and what opportunities exist for 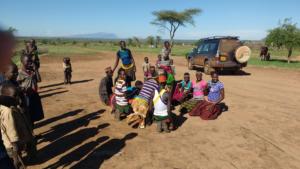 The best cultural exchanges can just be spending time in local communities, such as this one in Uganda

meeting local people. Speaking with local staff at lodges, camps and the like is an important form of inter-cultural encounter, and many of these conversations will remain with you as highlights of your trip. But ask what else can be built into your itinerary so you can sit and talk with locals, learning about their daily lives and listening to their stories. Visiting a local market can be another rich source of experience. Whatever it is, try to meet locals while and where they go about their daily business. The result is sure to be the antithesis of so many staged encounters that commonly pass for inter-cultural exchanges in tourist settings.

During every day while on the road, countless small opportunities – to forge a lasting connection with a person from a completely different culture, to break down the barriers between those cultures, to make a choice that slows the march of environmental exploitation – present themselves. Travelling in a spirit of awareness and being present in each moment – themselves mantras for many a sustainable journey – can help to make sure that you don’t miss the chance to make a difference or learn something new about the world through which you travel.

You might, for example, come across a particularly motivated staff member who does his or her job with initiative and enthusiasm – reward them, perhaps with a tip, perhaps with a promise to pass on your praise to their superiors; your own reward may be the most wonderful smile. And while we’re on the subject of promises, always fulfil any that you make – to send a photo once you return home, to write a letter – or don’t make such promises in the first place. By keeping the faith, by doing everything possible to meet those whom you encounter on equal terms, the world becomes a better place by degrees. And one more thing. Learn to listen. Always listen.

Anthony Ham is a writer and photographer who travels the world in search of stories. He has written numerous articles for magazines and newspapers in Australia, the UK and the USA, and has written or co-written more than 100 guidebooks for Lonely Planet. He is a frequent visitor to Africa and has travelled extensively in North, West, East and Southern Africa. Examples of his work can be seen on his website:www.anthonyham.com. Anthony’s narrative non-fiction book on lions and traditional peoples in Kenya, Tanzania. Zimbabwe, Zambia and Botswana, ‘The Last Lions of Africa’, will be published in Australia by Allen & Unwin in 2020.