While the world’s eyes have turned in horror to the fires decimating the Amazon, with comparisons of the natural disaster to our lungs burning, there is some good news in the planet’s second largest tropical rainforest and other major lung. The Congo Basin accounts for 18% of the world’s rainforest, covering more than 2 million sq km across six countries, and NGO African Parks is resuscitating its largest protected section, Odzala-Kokoua National Park in the Congo. 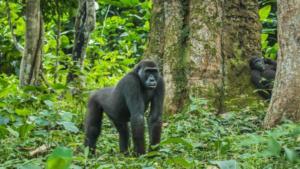 A lowland gorilla in Odzala-Kokoua National Park in the Congo

Against a backdrop of the Congo Basin losing an area of rainforest larger than Bangladesh, African Parks assumed management of the 13,500-sq-km Odzala in 2010. It planted 40,000 cocoa seedlings outside the park to give locals an alternative to deforestation and bushmeat poaching. With 10% of the world’s critically endangered western lowland gorillas found in these jungles, fighting poaching is key. African Parks removed 36,000 snares in the last year alone. Working with  local communities – one of the five pillars at the heart of the organisation’s trailblazing approach to conservation – has involved everything from training over 100 eco-guards to setting up a mobile clinic for this remote corner of the Congo.

Managing 15 parks in Malawi, Chad, Zambia, the Central African Republic, Congo, Democratic Republic of Congo (DRC), Rwanda, Mozambique and Benin, African Parks’ holistic approach takes it well beyond traditional conservation models. The organisation has built the largest counter-poaching force among Africa’s conservation organisations, with around 1000 rangers, who are stabilising influences on some of the continent’s wildest areas. In the DRC’s Garamba National Park, bordering war-torn South Sudan, African Parks fights organised criminal gangs and the Lord’s Resistance Army to protect elephants from ivory and bushmeat poaching. In Chad’s Zakouma National Park, poachers gunned down six rangers during morning prayers, but African Parks has nonetheless minimised elephant poaching by employing locals, attracting tourists and building Elephant Schools, which educate over 1500 children. Time magazine named Zakouma as one of the 100 greatest places to visit in 2019, alongside the likes of New York’s The Shed.

Whereas many operational NGOs focus on specific projects or sectors within a country or region, African Parks takes a business approach to the ‘basket case’ parks it takes on, assuming total responsibility and accountability. It has pioneered the public-private partnership model in protected area management, by persuading governments to hand it total control of park management and associated law enforcement for at least 20 years. Combining wildlife conservation, economic development and poverty alleviation of surrounding communities, its mission is to ensure that each park becomes ecologically, socially and financially sustainable. 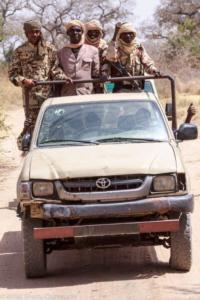 Established in 2000 and led by CEO Peter Fearnhead, formerly Head of Commercial Development at South African National Parks, the organisation was founded in response to the crisis facing Africa’s wildernesses and wildlife, caused by poor management and lack of funding. Today, African Parks protects well over 100,000 sq km of land and its wildlife, representing seven of Africa’s 11 biomes – the continent’s largest and most ecologically diverse area under conservation management by a single NGO. With a goal of managing 20 parks by 2020, the organisation has already achieved astounding results across the continent, perhaps most prominently in Malawi.

Bringing Animals Back to Majete

African Parks’ first project back in 2003 was Majete Wildlife Reserve in southern Malawi, which is now one of the organisation’s flagship properties and Malawi’s only Big Five reserve. Transforming this corner of one of the world’s poorest nations into today’s conservation case study was no easy task; decades of poaching and lawlessness had spared only a few antelope in the miombo woodland. African Parks erected perimeter fences, upgraded roads and reintroduced almost 3000 animals of 15 species, including black rhinos, elephants, lions, leopards, sable antelopes, impalas and buffalos, increasing the total animal population to well over 12,000.

As usual, the organisation has accomplished this feat by combining conservation with addressing the surrounding communities’ issues and needs, creating a ten-fold increase in employment, opening a state-of-the-art malaria clinic and establishing a scholarship program for local children. Four cheetahs were recently translocated to the reserve, travelling from South Africa by air and bakkie pick-up truck, in what marked the big cats’ first appearance here in 20 years.

With no elephants or rhinos poached following their reintroduction, Majete’s elephant population grew to 430 by 2017, when African Parks translocated 200 of them to Malawi’s underpopulated Nkhotakota Wildlife Reserve. This formed part of the historic 500 Elephants translocation, in which African Parks moved over 520 elephants and 2000 other animals from Majete and Liwonde National Park to Nkhotakota, where poaching had reduced the elephant population to under 100. The campaign was also a good example of how conservation businesses can generate publicity, partly thanks to the on-the-ground involvement of the UK’s Prince Harry, president of African Parks. The rugged royal spent three weeks carrying out tasks such as anaesthetising and affixing radio collars. 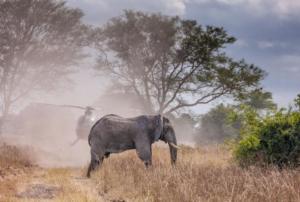 Nkhotakota and Liwonde have followed Majete’s lead since African Parks took them over in 2015, erecting a 190-sq-km sanctuary for the new animal arrivals in 1800-sq-km Nkhotakota, which remains Malawi’s least developed wilderness. Community teams have worked with Nkhotakota rangers to collect hundreds of wire traps, fill in pit traps and confiscate illegal firearms. New livelihoods have also been created in and around the reserve, including beekeeping and agricultural collectives.

Poaching and human-wildlife conflict were serious issues in Liwonde too, with almost a million people surrounding the 584-sq-km park in southern Malawi. African Parks has protected animals and people alike by constructing 117km of electrical perimeter fencing, removing over 36,000 wire snares and translocating over 300 of the park’s 800 elephants to Nkhotakota. The reintroduction of predators to Liwonde began with seven cheetahs in 2017, the first seen in Malawi in 20 years, soon followed by the birth of eight cubs and the reintroduction of 10 lions.

How Can Travellers Help?

One of the five pillars of African Parks’ work is attracting tourism and the attendant enterprises to its well-managed parks, thus contributing to local and national economies. As Malawi has seen, the up-and-coming parks have a halo effect, with tourism businesses attracted to build lodges and make other investments in the reserves and surrounding regions. This has created a range of excellent travel opportunities for lovers of African wildlife, from off-the-beaten-track experiences in Central Africa to Malawi’s fast-developing park tourism. The three above mentioned Malawian reserves all have lodges to suit various budgets, ranging from Majete’s community-run campsite, its Sunbird Thawale Camp and Nkhotakota’s Bua River Lodge to luxurious immersion in the African bush at Majete’s Mkulumadzi Lodge, Liwonde’s Mvuu Lodge and 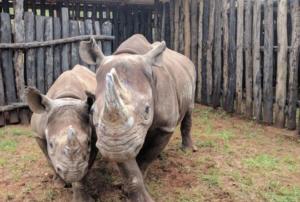 Nkhotakota’s Tongole Wilderness Lodge. In the spirit of African Parks’ work, the lodges make their own investments in the parks and people; as well as training and employing 30-plus locals, Tongole established the Tongole Foundation, which supports surrounding communities through initiatives such as distributing mosquito nets. Most of the Malawian lodges also supplement the traditional safari activities of spotting wildlife and birdwatching with cultural tours, including guided visits to local villages and schemes supported by the lodges, giving guests a fuller picture of life in rural Africa.

Malawi is a small country by African standards, covering less than a tenth of South Africa’s area, and it’s easy to combine a park or two with a trip to Lake Malawi. In Majete’s diverse terrain of gentle rolling hills, dry savannah, lush miombo woodland and thickets along the majestic Shire River, you can see the Big Five and more on wildlife drives, guided walks and boat trips. Nkhotakota offers real wilderness appeal, with elephants crashing through the undergrowth and Tongole’s guides taking adventurous guests down the Bua River by canoe and up Chipata Mountain on foot.

Liwonde is one of Africa’s best river-based safari destinations thanks to the Shire River cutting through its floodplains, where scores of hippos, crocs and elephants can be seen on boat and canoe trips as well as from dry land. In this enchanting riverine landscape, with its mopane woodlands, baobabs, palm trees and huge candelabra euphorbia, visitors can also track rhinos with researchers in Liwonde’s fenced sanctuary. With a 25% growth in tourist numbers and 70% increase in revenue since 2016, Liwonde is a good example of how African Parks gives poached-out wastelands a second chance, turning them into wildlife havens, memorable traveller experiences and places of new hope for impoverished local communities.

If you would like to donate to African Parks, visit its appeals page to read about current projects. African Parks does not have a volunteer program, but if you feel you could contribute a certain skill or area of expertise, contact hr@african-parks.org. 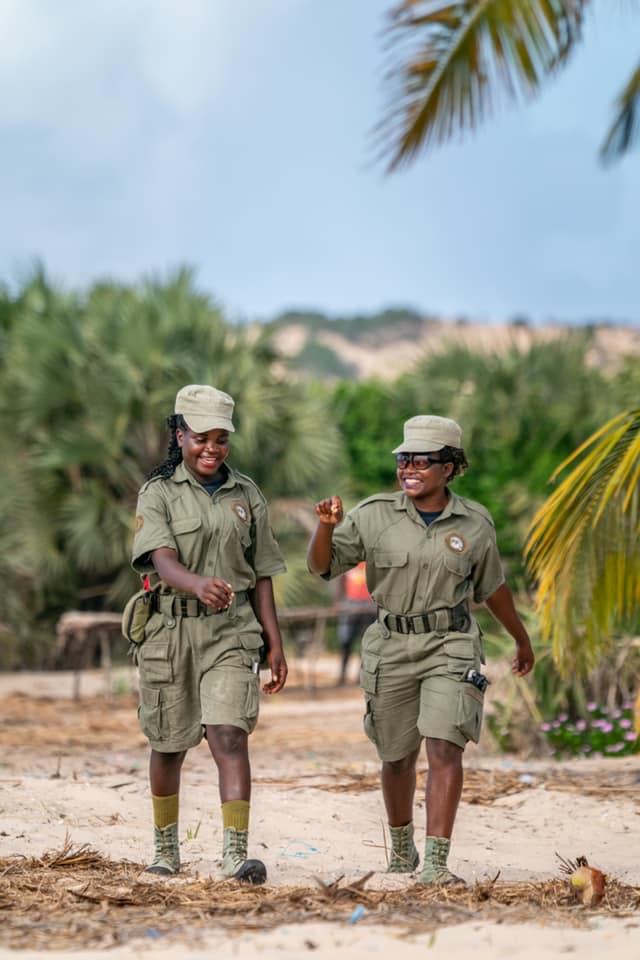